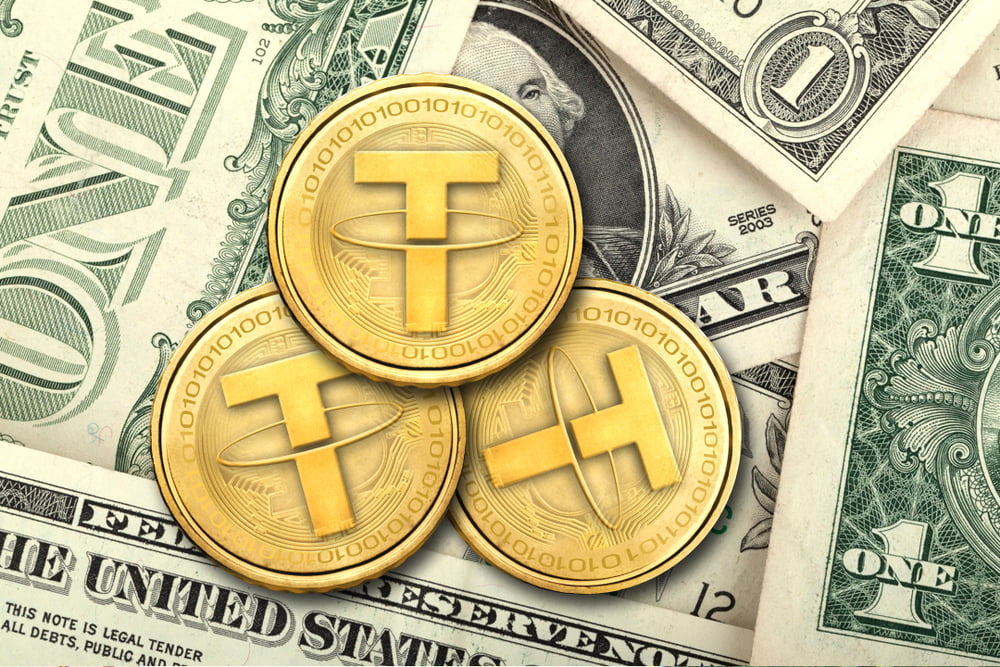 Popular stablecoin Tether (USDT) – the world’s 9th largest cryptocurrency by means of market cap, has once again attracted the attention of the crypto community.

As noticed by existing Tether investors, the project has removed previous claims that the stablecoin was entirely backed by US dollars.

A new update, the date of which is unknown, to the website of Tether, has raised more than just a few eyebrows. The updated terms on the website suggest that the project’s USD holdings no longer cover the entire supply of USDT.

Did Tether just admit that they loan their cash reserves out to others, presumably Bitfinex? That’s literally fractional reserve banking.https://t.co/vNCoxBrvkr

Every tether is always 100% backed by our reserves, which include traditional currency and cash equivalents and, from time to time, may include other assets and receivables from loans made by Tether to third parties, which may include affiliated entities (collectively, “reserves”). Every tether is also 1-to-1 pegged to the dollar, so 1 USD₮ is always valued by Tether at 1 USD.

NewsBTC reported in May 2018 that the U.S. Department of Justice has opened a criminal investigation into cryptocurrency manipulation. Shortly afterwards, a 66-page report claimed the discovery of information, suggesting that Tether was printed and used following “market downturns,” resulting in “sizable increases in Bitcoin prices.”

The company was long under scrutiny that the stablecoin isn’t actually tied 1-to-1 to a corresponding US dollars, as it claimed. Despite Tether releasing reports from third-party auditors which confirmed the stablecoin’s supply is appropriately backed, the community remained skeptical.

In late December 2018, the concerning rumors regarding Tether’s dollar pegged, however, started to look particularly thin. Bloomberg revealed bank statements which indicated that $2.2 billion was actually present in Tether’s accounts at Noble Bank on January 31st, 2018. Information gathered from CoinMarketCap showed that roughly the same amount of Tether was existed on that date.

Nevertheless, the newest move by Tether to amend its policies seem to have sparked the lights of ambiguity once again.

Needless to say, the crypto community was quick to react.

Popular cryptocurrency commentator on Twitter, I am Nomad (@IamNomad) expressed his concerns on the matter, outlining the following:

“Loans made by tether to third parties” ie tether is loaning money given to them for reserves out to make interest to third parties and counting collateral as part of their reserves… definitely not what was in the TOS. and id think Tether_to need to do a press release”

Furthermore, he stressed the ambiguity on the lack of clarification of the new update, saying:

“Without clarification “loans to third parties” and “collateral” could mean a whole mess of things. Are they being put in some 30d cash bond (ie corporate loan) to get interest or worse case lending it out on bitfinex margin pool”.

“loans made by tether to third parties” ie tether is loaning money given to them for reserves out to make intrest to third parties and counting collaterial as part of their reserves.. definitely not what was in the TOS. and id think @Tether_to need to do a press release /1 pic.twitter.com/I5jnkDCFga

At the time of this writing, Tether hasn’t come up with any official statement, which the community is anticipating.