The CEO of JP Morgan Chase has once again spoken about Bitcoin (BTC). Jamie Dimon, who once called the digital currency a “fraud” and later backtracked on his comments has now said that he takes no pleasure in seeing prices take a short-term crash as he stated they would.

Speaking at the World Economic Forum in Davos, Switzerland with CNBC’s Squawk Box, the CEO also lamented his preference for blockchain technology over Bitcoin.

Despite having previously vowed to never discuss Bitcoin again, the CEO of JP Morgan Chase has once again commented on the subject. This time it was to state that he was not the kind of self-indulgent sadist to take pleasure in the losses of those who had invested in the technological innovation late in 2017 or throughout 2018.

The CNBC Squawk Box reporter asked Dimon directly if he took satisfaction about being proved right (in the short-term at least) about BTC prices. He answered simply that he “didn’t take any.”

Dimon has commented on his distaste for Bitcoin many times previously. Perhaps his most famous outburst was last September when the CEO slammed Bitcoin as a “fraud” and that those who bought it deserved to “pay the price one day.” He also stated that he would fire any of his employees found to be trading it.

Amusingly enough, JP Morgan was later accused of market manipulation since it emerged that the bank was one of the largest buyers of a BTC tracker fund called Bitcoin XBT. Nothing really became of this allegation and the next time Dimon hit the news in connection with Bitcoin was to state that he regretted saying that it was a fraud since that was all people wanted to talk to him about. From then on, he vowed to not mention the world’s first viable decentralised currency again. 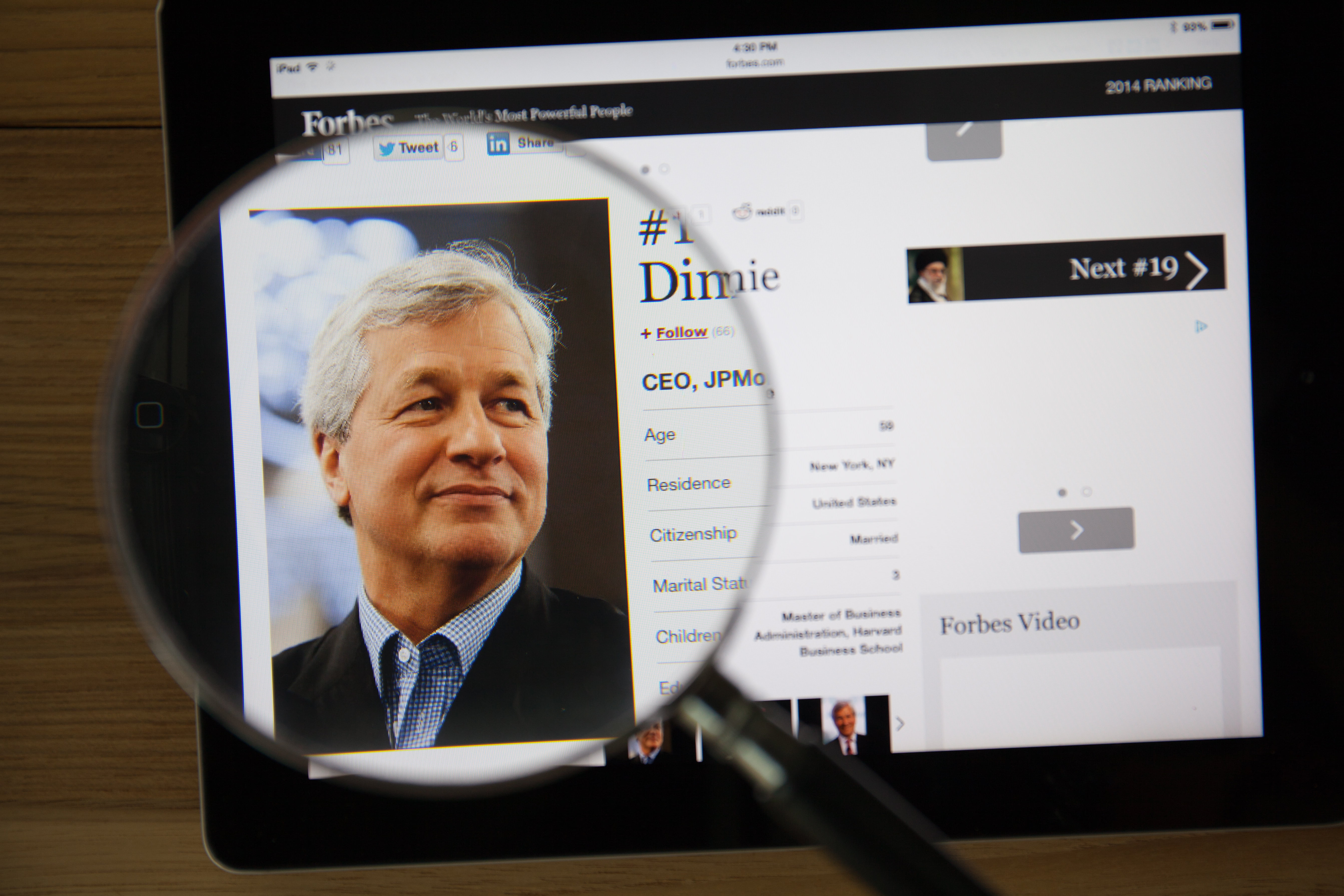 Jamie Dimon has a history of talking Bitcoin, despite seemingly not wanting to.

Of course, it was not long before Jamie was breaking his own promise to tell the world that he really “didn’t give a s**t about Bitcoin” and that he did not want to be a spokesperson against the digital currency. This seems in line with his latest comments on the subject that he wishes no ill will on those who had lost money on Bitcoin or that had made investments that had not paid off yet.

Dimon’s comments on Bitcoin at Davos were short. Instead, he favoured discussion about another closely related B-word – blockchain.

JP Morgan has been interested in the technology underlying Bitcoin for some time now. In 2017, the bank began exploring ways in which distributed ledger technology could remove trust for various transactions and increase the efficiency of financial services. Since then, the Royal Bank of Canada, as well as the Australia and New Zealand Banking Group have become partners in the project.

“Blockchain is a real technology — it’s just a database we can all access that’s kept up-to-date.”

When put like that, blockchain technology sounds incredibly dull and unremarkable. These are the very reasons people like Dimon favour blockchain over Bitcoin. Blockchain is safe, manageable, and ultimately uninspiring. Bitcoin is potentially disruptive, world-changing, and a threat to the very existence of the likes of Dimon et. al.